The excavations in the Petosiris Necropolis of Tuna el-Gebel continued in autumn 2022. 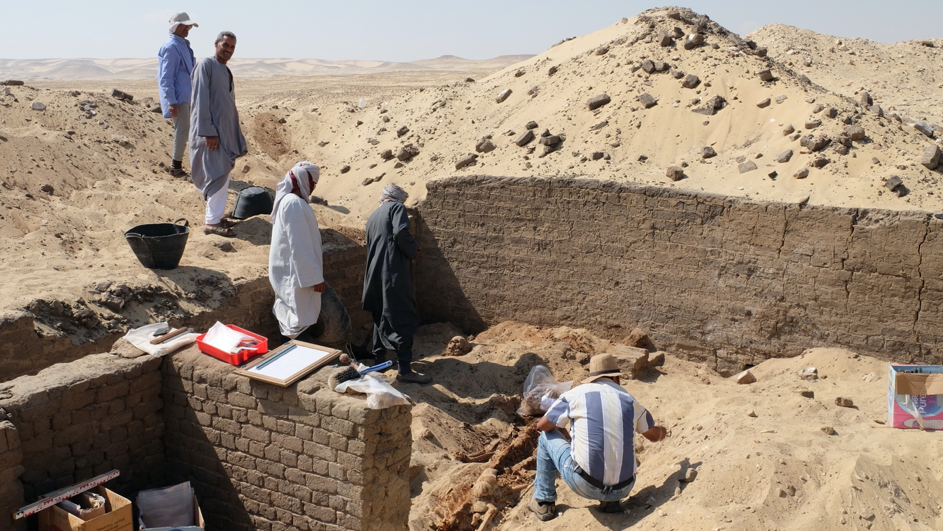 This season, the excavations focused on two areas: The tomb building GB 79 was finally completely uncovered (the front court had already been excavated in 2021) and single tombs near the street leading to the tomb of Petosiris were excavated. 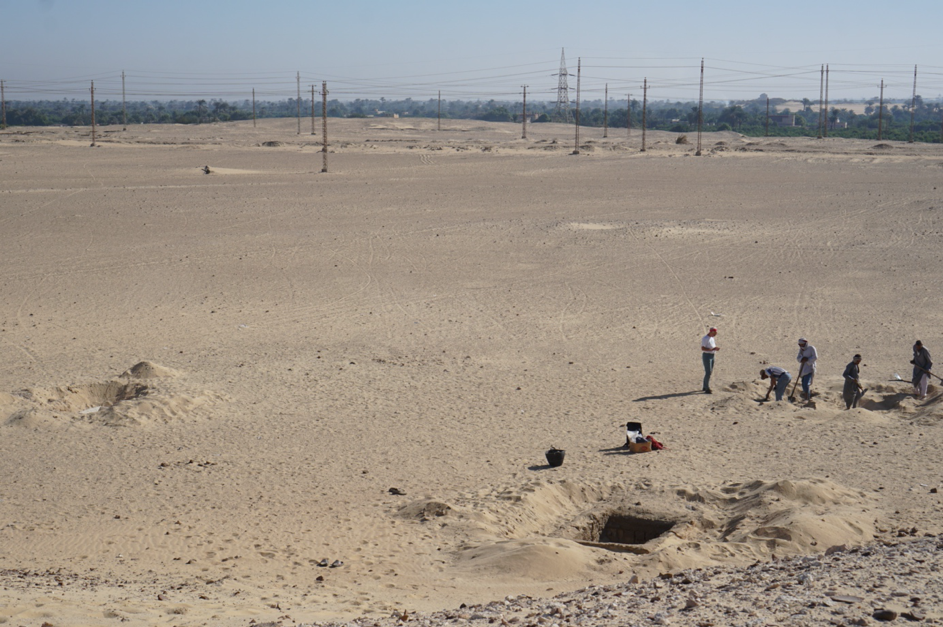 Figure: Single tombs near the street leading to the tomb of Petosiris

GB 79 turned out to be a tomb building of Roman times with wall paintings and a comprehensive group of objects and burials. It is the first time at Tuna el-Gebel that a painted tomb was documented with its entire context! 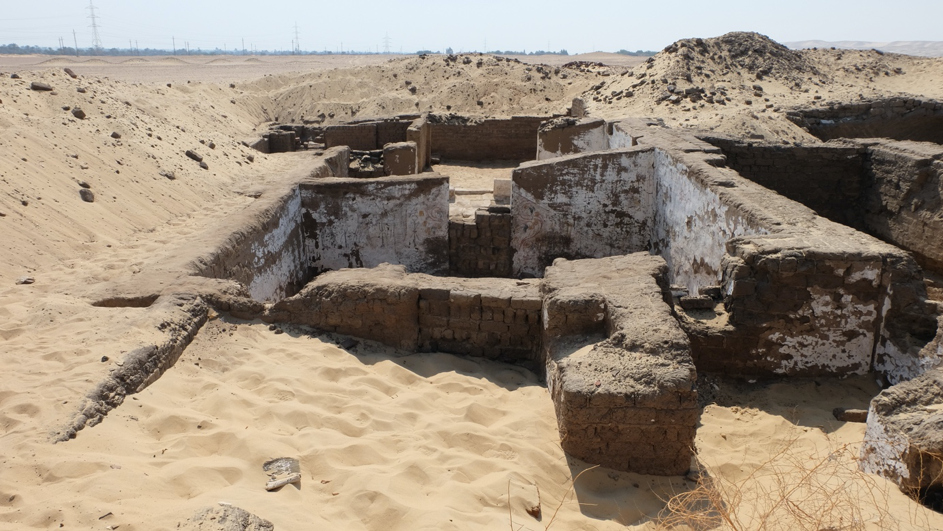 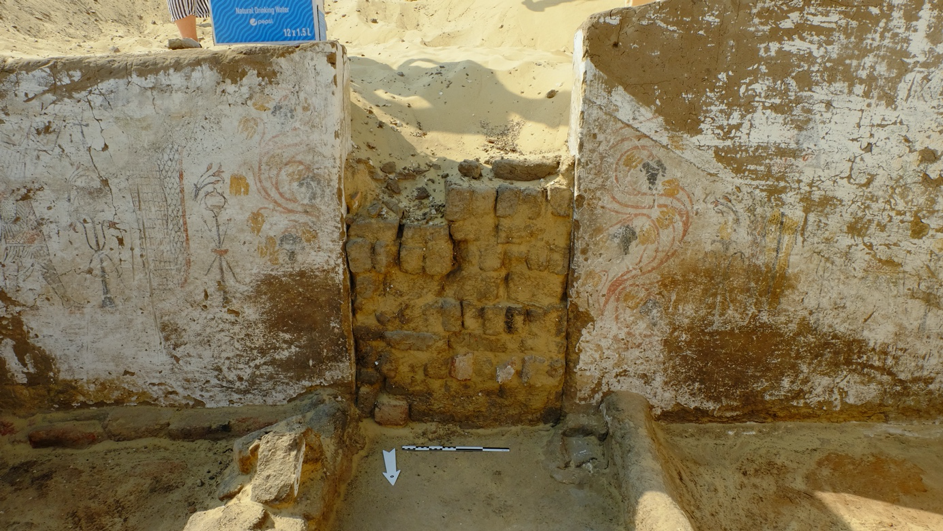 In the second room, within the broad passage to the next room, Hapi with a bull to the left and Thoth to the right were represented. 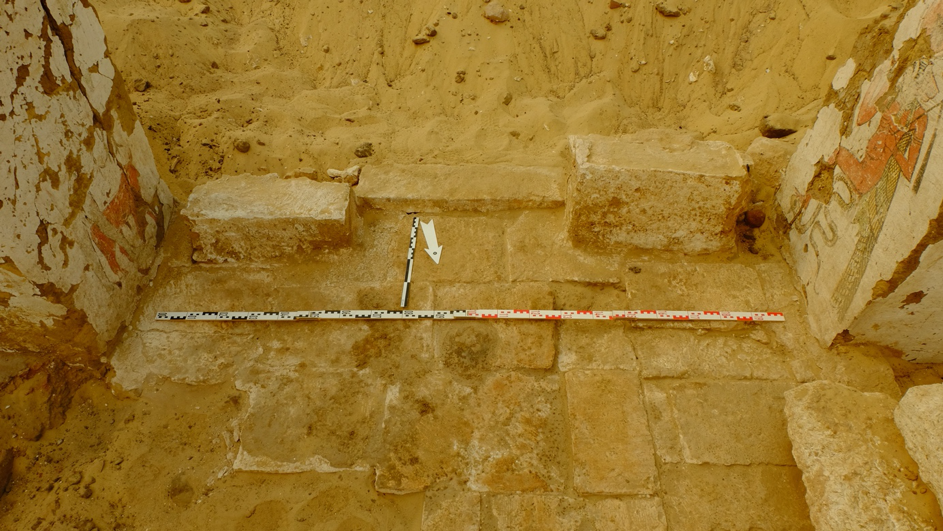 In addition, several burials and numerous finds in this tomb were documented, which will be analyzed in the next campaign.

Figure: GB 79, some of the pottery found inside the tomb building

Furthermore, the geophysical survey in the eastern and southern sector of the necropolis was continued. 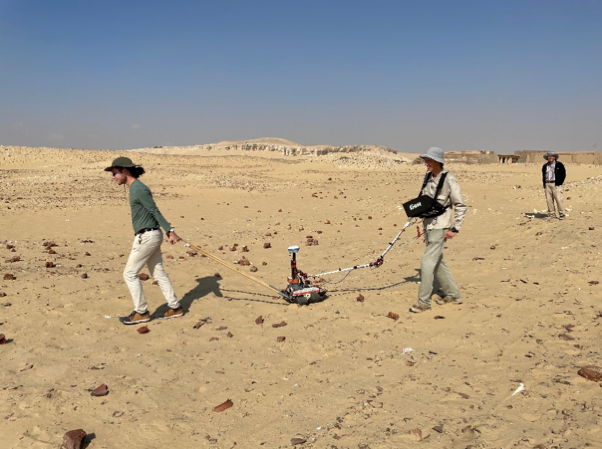